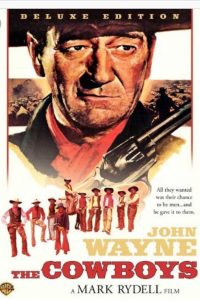 John Wayne. Gordie Gillespie. As a college player, I was sometimes confused between the two. Both were larger than life in my world and were…., well, pretty old. Simply put, – Wayne was Wayne! Admired by most, especially in our house, and the subject of my first ever impression (which I still do, much to the chagrin of my children).

In the same vein to me, Gordie was Gordie! Gillespie is both in the College Baseball Hall of Fame and the Illinois high school Hall of Fame (for football). 1,893 victories as a collegiate baseball coach (NAIA Coach of the Century), he also added five Illinois state high school football titles to go along with his 222-54 record at Joliet Catholic HS. He maintained that if he were to go “down” (whatever that entailed), that he would expect us (his players) to go on and get the job done without him. Kind of serious stuff for an 18-year old to consume, but it has stuck with me throughout my coaching days. (Side note: I was secretly worried that I would be, in some way, due to my erratic play, be the cause of this).

This philosophy came to life best for me on the silver screen in the movie “The Cowboys,” one of the few movies that the legendary John Wayne died in. In it, Wayne (Will Andersen) was stuck with the unenviable task of running a cattle drive (400 miles) with a crew made up entirely of children (except the cook, Roscoe Lee Browne, as Jebediah Nightlinger). It seems that his usual group of ranch hands had abandoned him to take part in the gold rush. Wayne struggles with his tutelage of these “kids”. The boys have some basic skills (some pretty good), but they have to acquire the knowledge necessary to complete the “drive”. Wayne instills this into the boys, creating a cohesive unit out of this young and untested group. Not all at once, mind you, but they did pick it up. When Wayne is finally gunned down by a nasty villain (played by Bruce Dern in his best, disrespecting manner that really ticked me off), his youthful crew has to rise to the task. They eventually get revenge on Dern and ultimately drive the cattle to their destination. I remember distinctly the looks of accomplishment on these kid’s faces when they rode into town. They seemed to have transformed their features a little; they looked and carried themselves in a more mature manner. This is what Wayne had trained them for and what Gordie wanted us to be like (much like the above poster states). Coaches often have to depend on adolescents to carry the day and the image of that group entering the town with the cattle was “branded” (sorry) onto my mind. This is how I would see all of my teams! We would work on developing the skills and maturity to face whatever adversity was ahead and would, in the end, be able to bring the cattle home!

When turning around a program or business, a coach/boss must bring in an idea, a plan, and a scheme. He needs to have his people understand it. He needs them to buy in. He needs them to execute it. Getting proper execution demands a focus on detail. How much detail depends on the coach. I have learned through the years that your teams are what you “emphasize”. Some stress defense, some toughness, some speed, and so on… Some coaches will wield “total” control over every aspect while others pick their battles over what is non-negotiable. They may choose to empower their players more after their trust is earned. This last comment is where I fall in: establishing a “way”, setting high standards, and then letting some of the control go works best for me and my style. If I do my job right, then they will be able to do theirs!

I learned this from a John Wayne character and a great coach, Gordie Gillespie. They both gave people a chance to prove that they could do it.