Coaching Advice: The Best I Have Ever Found

November 20, 2017 / Scott Olson / Comments Off on Coaching Advice: The Best I Have Ever Found 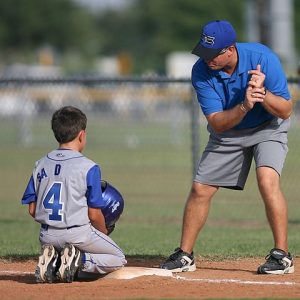 I learned this from a John Wayne character and a great coach, Gordie Gillespie. They both gave people a chance to prove that they could do it.When I began my coaching career, I sought out advice from many veteran coaches as to the secret of becoming successful. I sat at the feet of many, feeling like a searcher going to the mountains of Tibet for a cosmic answer, but in reality, I went to clinics and many McDonald’s. Not unexpectedly, I received a whole lot of responses, many varied. It seemed that everyone I asked was willing to offer what helped them the most, which made a lot of sense. I appreciated all that I was given and began to sort through the pile, eventually coming upon the one I thought was best: “Whatever you do, be yourself”. This was solid and easy since I didn’t have to change anything. I found through my experiences, however, another thought that I would offer any young coach today who would come up to me and ask for the same advice: “Be what your team NEEDS”. I have used this little concept in all facets of my life and I have found it the more valuable one as time has gone on.

The first advice served me well in an athletic world where everyone copied the latest successful coach or program. Drill sergeant was the “flavor of the day” when I started out and you could see that style in any number of high school gyms in America. It wasn’t difficult for me to relate to this style since I grew up surrounded by it. Around me, however, I saw that there were difficulties. The problem was that this style didn’t mesh with many of those coaches’ personalities. They were putting on a false act, and players were soon able to see through that. Coaches weren’t being honest with themselves. I felt early on that being “real” was better and it was something that I kept in mind.

The second advice, the one that I acquired through my coaching years, is one that I have used the most often, however. For me, this was not an act…it was just tapping into that part of my personality that was needed at that time. Since it was a part of me, my players saw that I “owned” it. This allowed me to use it all throughout the coaching process, from the preseason forward. I would observe the players and the setting and then go on from there. For example, during a particularly big rivalry game, my players would look to the bench and see me seated; not a natural pose for me. I knew that they would be hyped up and mistakes and missed shots would be amplified if I just jumped them. I felt that I just needed to provide some cool to their hot mentality. Some fans after the game would question “How could you sit there so calm in that game?” I wasn’t, but I was during stretches that needed it. On the other hand, in games that we should have won easily (and my players took that same approach), I would be jumping on them early. They needed to know that there is a sense of urgency and focus necessary to win these games as well. Time outs also followed this pattern. I would either present a calm, catch-their-breath-style or, when sensing fear and tightness, launch into a refocus, aggressive, and positive style. Sometimes, however, a sarcastic or matter-of-fact way would be employed (kind of like a Gregg Popovich interview).

Just like parenting, you have to be aware of your team’s situation, how they react, and what is necessary to balance the ledger and get the job done. Most of the teams that I had coached early in my career needed a tougher mentality, so I got after them. This was tempered both by my staff, who acted the “good” cop at times, and by me using private meetings with players and by some relaxed practice moments. My veteran teams got treated in a different manner and I empowered them by giving them much more control during practices and in team discipline. I changed and adapted based to the type of team that I had.

Now this approach didn’t just get employed in my coaching. During my four years as the director of a high school alternative class, I used this extensively. I was dealing with kids who had been failing for various reasons throughout their school career and I made it a point to get them some small successes. Don’t worry. I didn’t make it easier; that would be wrong. I just became more relaxed, less threatening, and held them accountable in ways that benefited them. They did not need to be tougher; many of them were street toughened already. They needed to be more focused and encouraged through the rough patches. They had to learn how to win!

On the first day of school I wrote on the board just one word: “GRADUATE”. I said that this was what we were here to do and that I was here to help them do this. I went on to say that if I was seeing any actions that would not help us get to this goal that I would hold them accountable. Otherwise, this isolated room would be a comfortable as I could make it. We had some theme days, such as Friday film day, where films with inspirational underdog themes such as Remember the Titans, Akeelah and the Bee, Coach Carter, etc. would be played (only ½ of the movie, though, at the end of a good week). It was a privilege and they needed a chance to experience it! They responded with a success rate that far surpassed the previous years. They graduated!!

I end this blog on a personal note. My mother, who is in her eighties, is beginning to slip a bit mentally. The woman who raised me, counseled me, and guided me is struggling. Recalling recent happenings is now becoming a chore and it is frustrating for her and others around her. Time is fluid and the “far” past now becomes intertwined with the present. My first instincts may be to argue or lecture her, but that is not what she needs. I can see it in her frustrated, searching eyes. My brother, sister, and I are more aware of this and have to switch roles, so to speak. We are moving into the role of the supportive, understanding parent that she was when we were small children. It is what she needs us to be now…and we will be that. It is the best coaching advice that I’ve ever been able to use.

For more stories and thoughts from Scott Olson, be sure to check out one of his speaking events or his new book, The Turnaround Coach, on Amazon kindle.